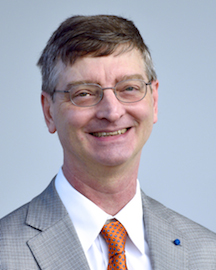 Looking for the head (chair) of the CS Department? You want Nancy Amato

My interest is in the use of high performance computing to solve problems that are too hard for other techniques. I have concentrated in two areas: the development of scalable numerical algorithms for partial differential equations (PDEs), especially for the linear systems that arise from approximations to PDEs, and the development of programming models and systems for expressing and implementing highly scalable applications. In each of these areas, I have led the development of software that has been widely adopted. PETSc is a powerful numerical library for the solution of linear and nonlinear systems of equations. MPI is the mostly widely used parallel programming system for large scale scientific computing. The MPICH implementation of MPI is one of the most widely used and is the implementation of choice for the world's fastest machines.

These are some of my major research projects. I have other projects and collaborations, particularly in parallel I/O and parallel numerical algorithms, as well.

Our report on Future Directions for NSF Advanced Computing Infrastructure to Support U.S. Science and Engineering in 2017-2020 is now available! The report is freely available at that link, and provides a framework for NSF's advanced computing for the future (not just until 2020).

Video of lectures at the 2016 ATPESC.